bluebird bio (NASDAQ:BLUE – Get Rating) last announced its earnings results on Thursday, August 4th. The biotechnology company reported ($1.29) earnings per share for the quarter, topping the consensus estimate of ($1.31) by $0.02. The business had revenue of $1.52 million during the quarter, compared to the consensus estimate of $6.47 million. bluebird bio had a negative net margin of 2,141.34% and a negative return on equity of 130.19%. 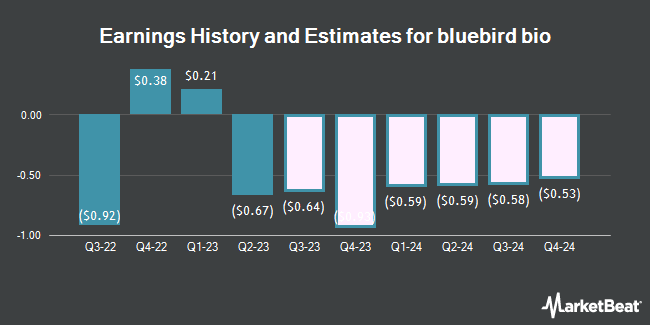 Complete the form below to receive the latest headlines and analysts' recommendations for bluebird bio with our free daily email newsletter: