In related news, Director Brian D. Truelove sold 2,000 shares of the business’s stock in a transaction on Monday, September 19th. The stock was sold at an average price of $27.64, for a total transaction of $55,280.00. Following the completion of the transaction, the director now owns 26,120 shares in the company, valued at approximately $721,956.80. The transaction was disclosed in a document filed with the SEC, which is available through this hyperlink. 16.70% of the stock is owned by company insiders.

Bristow Group Inc provides aviation services to integrated, national, and independent offshore energy companies in the United States. It also offers commercial search and rescue services; and other helicopter and fixed wing transportation services. As of March 31, 2022, the company had a fleet of 229 aircrafts, of which 213 were helicopters.

Want to see what other hedge funds are holding VTOL? Visit HoldingsChannel.com to get the latest 13F filings and insider trades for Bristow Group Inc. (NYSE:VTOL – Get Rating). 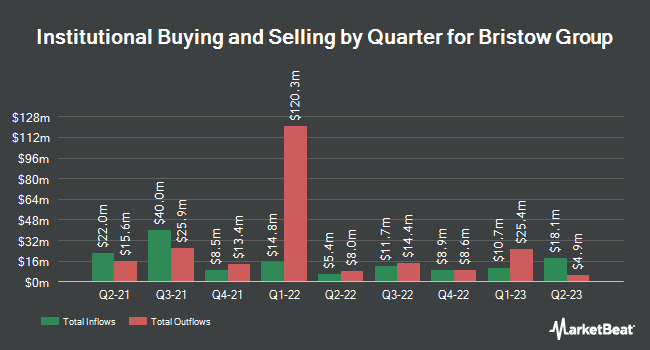 Complete the form below to receive the latest headlines and analysts' recommendations for Bristow Group with our free daily email newsletter: