Shares of agilon health, inc. (NYSE:AGL – Get Rating) have earned a consensus recommendation of “Moderate Buy” from the nine ratings firms that are covering the stock, MarketBeat Ratings reports. One equities research analyst has rated the stock with a hold recommendation and five have issued a buy recommendation on the company. The average 12-month target price among brokerages that have issued a report on the stock in the last year is $30.57.

agilon health, inc. offers healthcare services for seniors through primary care physicians in the communities of the United States. As of December 31, 2021, it served approximately 238,000 senior members, which included 186,300 medicare advantage members and 51,700 medicare fee-for-service beneficiaries. 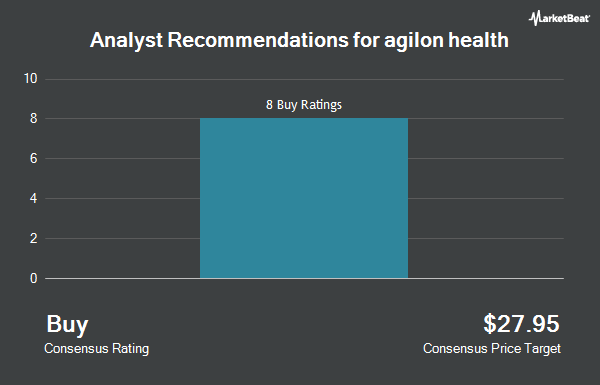 Complete the form below to receive the latest headlines and analysts' recommendations for agilon health with our free daily email newsletter: