Janney Montgomery Scott LLC decreased its stake in shares of Cannae Holdings, Inc. (NYSE:CNNE – Get Rating) by 2.0% during the second quarter, according to its most recent 13F filing with the Securities and Exchange Commission. The institutional investor owned 32,166 shares of the company’s stock after selling 656 shares during the quarter. Janney Montgomery Scott LLC’s holdings in Cannae were worth $622,000 at the end of the most recent reporting period.

Want More Great Investing Ideas?
Cannae (NYSE:CNNE – Get Rating) last announced its quarterly earnings data on Monday, August 8th. The company reported ($0.99) earnings per share for the quarter, missing analysts’ consensus estimates of ($0.13) by ($0.86). Cannae had a negative net margin of 104.42% and a negative return on equity of 17.80%. The business had revenue of $174.50 million during the quarter, compared to analyst estimates of $234.50 million. Equities research analysts predict that Cannae Holdings, Inc. will post -6.03 EPS for the current fiscal year.

Cannae Holdings, Inc is a principal investment firm. The firm primarily invests in restaurants, technology enabled healthcare services, financial services and more. It takes both minority and majority stakes. Cannae Holdings, Inc was founded in 2014 and is based in Las Vegas, Nevada.

Want to see what other hedge funds are holding CNNE? Visit HoldingsChannel.com to get the latest 13F filings and insider trades for Cannae Holdings, Inc. (NYSE:CNNE – Get Rating). 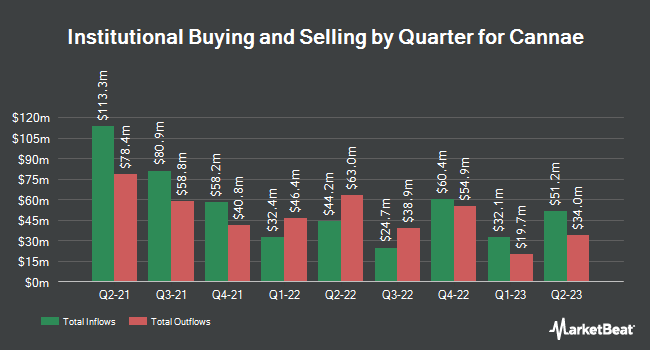