Separately, StockNews.com began coverage on shares of Rayonier in a report on Wednesday, October 12th. They issued a “hold” rating for the company.

Rayonier is a leading timberland real estate investment trust with assets located in some of the most productive softwood timber growing regions in the United States and New Zealand. As of December 31, 2020, Rayonier owned or leased under long-term agreements approximately 2.7 million acres of timberlands located in the U.S.

Want to see what other hedge funds are holding RYN? Visit HoldingsChannel.com to get the latest 13F filings and insider trades for Rayonier Inc. (NYSE:RYN – Get Rating). 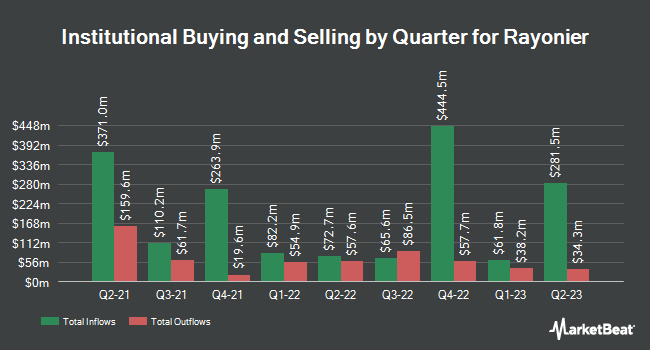 Receive News & Ratings for Rayonier Daily - Enter your email address below to receive a concise daily summary of the latest news and analysts' ratings for Rayonier and related companies with MarketBeat.com's FREE daily email newsletter.

Complete the form below to receive the latest headlines and analysts' recommendations for Rayonier with our free daily email newsletter: