Oppenheimer Asset Management Inc. cut its position in AtriCure, Inc. (NASDAQ:ATRC – Get Rating) by 3.0% in the 2nd quarter, according to its most recent filing with the Securities and Exchange Commission (SEC). The firm owned 11,206 shares of the medical device company’s stock after selling 346 shares during the quarter. Oppenheimer Asset Management Inc.’s holdings in AtriCure were worth $458,000 at the end of the most recent reporting period.

In related news, insider Vinayak Doraiswamy sold 4,983 shares of the firm’s stock in a transaction that occurred on Thursday, September 15th. The shares were sold at an average price of $45.99, for a total value of $229,168.17. Following the completion of the transaction, the insider now owns 19,406 shares in the company, valued at approximately $892,481.94. The sale was disclosed in a document filed with the SEC, which can be accessed through this link. Insiders own 2.80% of the company’s stock. 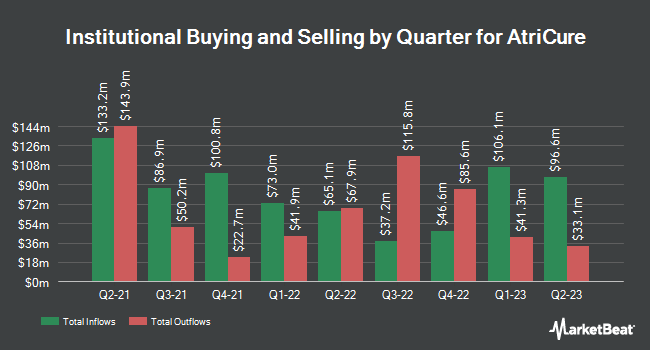