Hayward Holdings, Inc. (NYSE:HAYW – Get Rating) major shareholder Alberta Investment Management sold 2,826,936 shares of Hayward stock in a transaction dated Tuesday, November 15th. The shares were sold at an average price of $9.86, for a total transaction of $27,873,588.96. Following the transaction, the insider now directly owns 22,901,636 shares of the company’s stock, valued at $225,810,130.96. The sale was disclosed in a document filed with the SEC, which is available through the SEC website. Large shareholders that own 10% or more of a company’s stock are required to disclose their sales and purchases with the SEC. 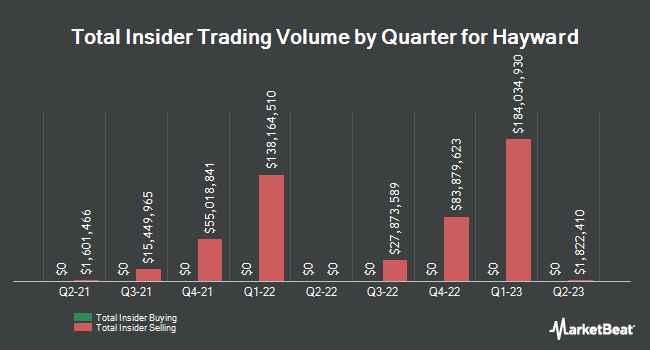 Receive News & Ratings for Hayward Daily - Enter your email address below to receive a concise daily summary of the latest news and analysts' ratings for Hayward and related companies with MarketBeat.com's FREE daily email newsletter.

Complete the form below to receive the latest headlines and analysts' recommendations for Hayward with our free daily email newsletter: