Fastly, Inc. (NYSE:FSLY – Get Rating) CEO Todd Nightingale sold 66,317 shares of the business’s stock in a transaction dated Wednesday, November 16th. The shares were sold at an average price of $10.44, for a total value of $692,349.48. Following the transaction, the chief executive officer now owns 1,238,030 shares in the company, valued at approximately $12,925,033.20. The sale was disclosed in a legal filing with the SEC, which is available through the SEC website.

Hedge Funds Weigh In On Fastly 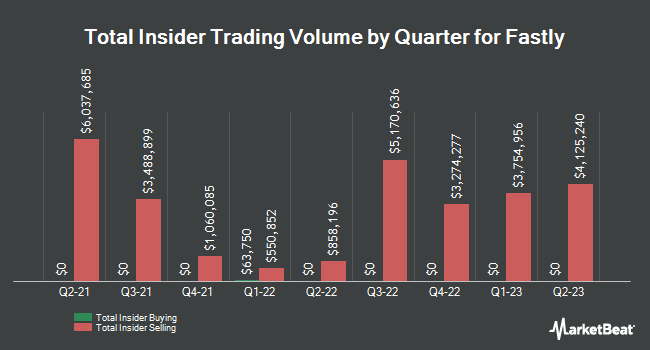