Lions Gate Entertainment Corp. (NYSE:LGF-A – Get Rating) Director Mark H. Md Rachesky acquired 400,000 shares of the company’s stock in a transaction dated Friday, November 18th. The stock was acquired at an average cost of $6.90 per share, with a total value of $2,760,000.00. Following the purchase, the director now owns 4,113,927 shares of the company’s stock, valued at $28,386,096.30. The acquisition was disclosed in a legal filing with the SEC, which is available at this hyperlink. 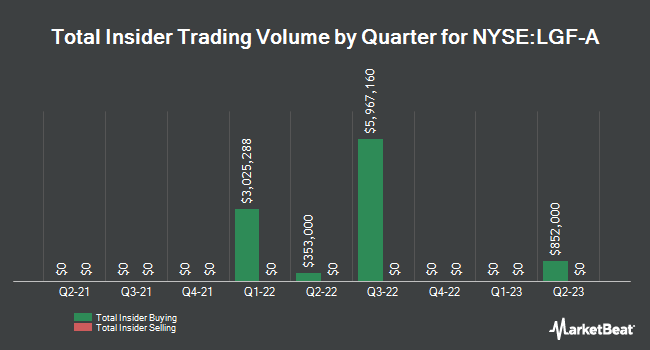 Complete the form below to receive the latest headlines and analysts' recommendations for Lions Gate Entertainment with our free daily email newsletter: