Swiss National Bank lowered its holdings in shares of Daqo New Energy Corp. (NYSE:DQ – Get Rating) by 0.4% during the second quarter, HoldingsChannel.com reports. The firm owned 157,612 shares of the semiconductor company’s stock after selling 700 shares during the period. Swiss National Bank’s holdings in Daqo New Energy were worth $11,250,000 at the end of the most recent reporting period.

A number of analysts have issued reports on the company. StockNews.com assumed coverage on Daqo New Energy in a report on Wednesday, October 12th. They set a “buy” rating for the company. Daiwa Capital Markets cut Daqo New Energy from an “outperform” rating to a “neutral” rating in a research report on Thursday, September 15th.

Want to see what other hedge funds are holding DQ? Visit HoldingsChannel.com to get the latest 13F filings and insider trades for Daqo New Energy Corp. (NYSE:DQ – Get Rating). 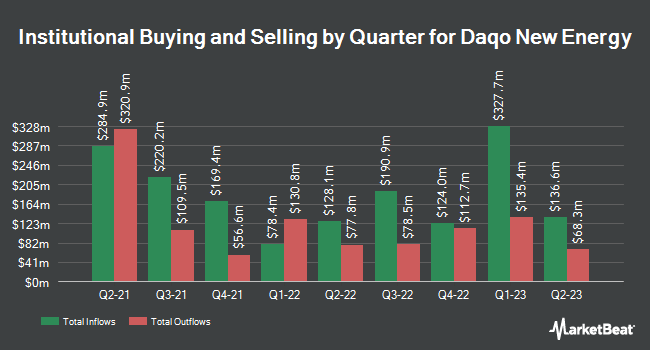