Fomento Económico Mexicano (NYSE:FMX – Get Rating) had its price target increased by The Goldman Sachs Group from $95.60 to $109.20 in a research note released on Wednesday, Stock Target Advisor reports. They currently have a buy rating on the stock.

Want More Great Investing Ideas?
The firm also recently announced a semi-annual dividend, which was paid on Thursday, November 17th. Stockholders of record on Friday, November 4th were given a dividend of $0.847 per share. The ex-dividend date was Thursday, November 3rd. This represents a dividend yield of 2.1%. Fomento Económico Mexicano’s dividend payout ratio (DPR) is presently 46.09%. 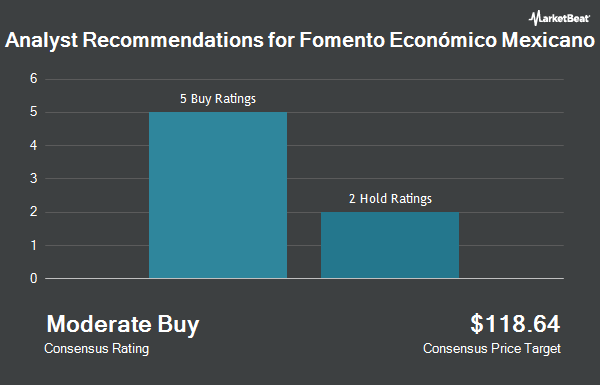 Complete the form below to receive the latest headlines and analysts' recommendations for Fomento Económico Mexicano with our free daily email newsletter: