State Board of Administration of Florida Retirement System trimmed its stake in shares of Mercury General Co. (NYSE:MCY – Get Rating) by 71.2% during the second quarter, according to its most recent filing with the Securities and Exchange Commission (SEC). The fund owned 9,124 shares of the insurance provider’s stock after selling 22,517 shares during the quarter. State Board of Administration of Florida Retirement System’s holdings in Mercury General were worth $404,000 at the end of the most recent quarter.

A number of analysts recently weighed in on MCY shares. StockNews.com started coverage on shares of Mercury General in a report on Wednesday, October 12th. They issued a “hold” rating on the stock. Raymond James raised shares of Mercury General from an “underperform” rating to a “strong-buy” rating and set a $45.00 price objective on the stock in a report on Friday, November 4th.

Want to see what other hedge funds are holding MCY? Visit HoldingsChannel.com to get the latest 13F filings and insider trades for Mercury General Co. (NYSE:MCY – Get Rating). 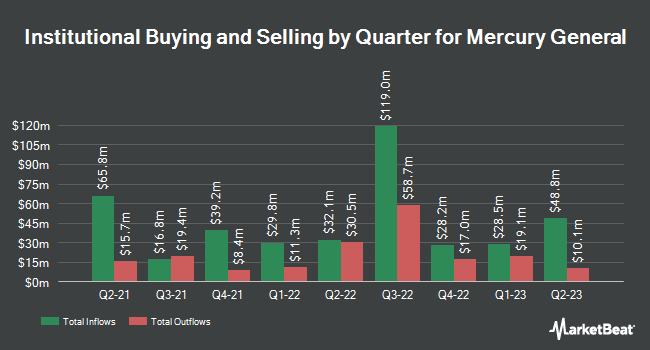 Complete the form below to receive the latest headlines and analysts' recommendations for Mercury General with our free daily email newsletter: