State Board of Administration of Florida Retirement System acquired a new stake in Laredo Petroleum, Inc. (NYSE:LPI – Get Rating) in the 2nd quarter, HoldingsChannel.com reports. The fund acquired 4,853 shares of the oil and gas producer’s stock, valued at approximately $335,000.

In related news, CEO M. Jason Pigott sold 3,750 shares of Laredo Petroleum stock in a transaction on Tuesday, November 1st. The shares were sold at an average price of $66.16, for a total transaction of $248,100.00. Following the completion of the transaction, the chief executive officer now owns 106,907 shares of the company’s stock, valued at $7,072,967.12. The sale was disclosed in a legal filing with the Securities & Exchange Commission, which is available through this link. Insiders sold 11,250 shares of company stock valued at $760,838 over the last quarter. Insiders own 2.20% of the company’s stock.

Laredo Petroleum, Inc, an independent energy company, engages in the acquisition, exploration, and development of oil and natural gas properties in the Permian Basin of West Texas, the United States. The company sells oil, natural gas liquids, and natural gas. As of December 31, 2021, it had assembled 166,064 net acres in the Permian Basin; and had total proved undeveloped reserves of 86,592 thousand barrels of oil equivalent.

Want to see what other hedge funds are holding LPI? Visit HoldingsChannel.com to get the latest 13F filings and insider trades for Laredo Petroleum, Inc. (NYSE:LPI – Get Rating). 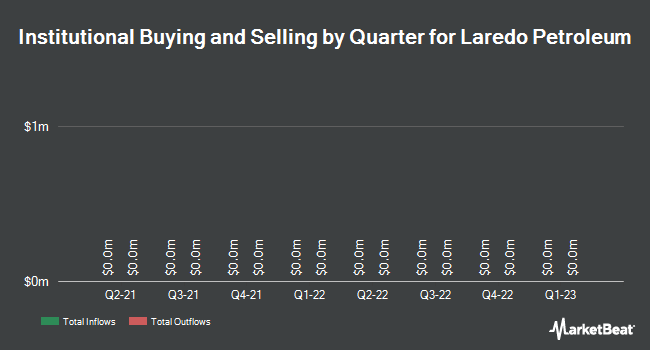 Bank of Montreal Can Buys Shares of 202,671 Blue Whale Acquisition Corp I

Helen of Troy Limited Shares Purchased by Bank of Montreal Can

Complete the form below to receive the latest headlines and analysts' recommendations for Laredo Petroleum with our free daily email newsletter: