WINTON GROUP Ltd bought a new position in shares of Peabody Energy Co. (NYSE:BTU – Get Rating) in the 2nd quarter, according to the company in its most recent Form 13F filing with the Securities and Exchange Commission (SEC). The firm bought 10,392 shares of the coal producer’s stock, valued at approximately $222,000.

Peabody Energy (NYSE:BTU – Get Rating) last released its earnings results on Thursday, November 3rd. The coal producer reported $1.78 earnings per share (EPS) for the quarter, beating analysts’ consensus estimates of $1.69 by $0.09. The firm had revenue of $1.34 billion during the quarter, compared to analyst estimates of $1.25 billion. Peabody Energy had a return on equity of 57.13% and a net margin of 25.50%. Sell-side analysts anticipate that Peabody Energy Co. will post 6.7 earnings per share for the current fiscal year. 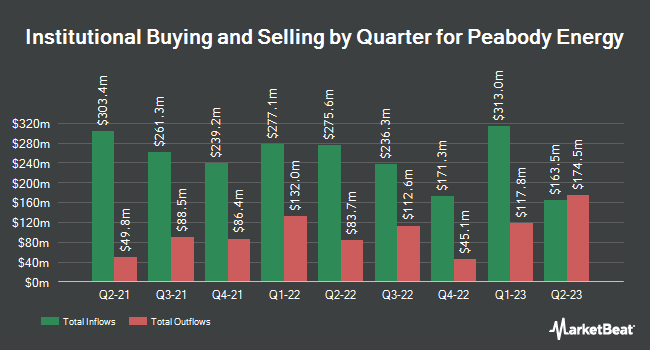 Meta Materials Shares Gap Down to $1.97

Complete the form below to receive the latest headlines and analysts' recommendations for Peabody Energy with our free daily email newsletter: