Want More Great Investing Ideas?
The company also recently announced a dividend, which will be paid on Thursday, March 2nd. Investors of record on Thursday, January 19th will be issued a dividend of GBX 22.10 ($0.26) per share. This represents a yield of 1.23%. This is an increase from Compass Group’s previous dividend of $9.40. The ex-dividend date is Thursday, January 19th. Compass Group’s payout ratio is presently 34.15%.

Compass Group PLC operates as a food and support services company in North America, Europe, and internationally. The company offers support services, such as cleaning in hospitals; reception services at corporate headquarters; managing remote camps; grounds and facilities services at schools and universities; and others. 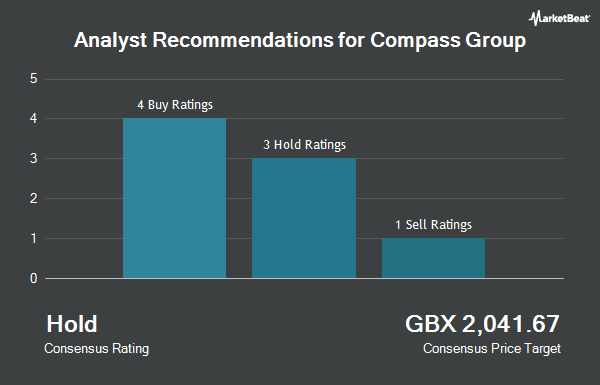 Complete the form below to receive the latest headlines and analysts' recommendations for Compass Group with our free daily email newsletter: