SSE (OTCMKTS:SSEZY) Upgraded by Royal Bank of Canada to “Outperform”

Royal Bank of Canada upgraded shares of SSE (OTCMKTS:SSEZY – Get Rating) from a sector perform rating to an outperform rating in a research report sent to investors on Tuesday, The Fly reports.

Several other equities research analysts also recently weighed in on the stock. Citigroup raised their target price on shares of SSE from GBX 1,486 ($17.57) to GBX 1,664 ($19.68) in a research note on Friday, November 18th. JPMorgan Chase & Co. raised shares of SSE from a neutral rating to an overweight rating in a report on Tuesday, September 20th. Two investment analysts have rated the stock with a hold rating and four have given a buy rating to the stock. According to data from MarketBeat, SSE has an average rating of Moderate Buy and a consensus price target of $1,988.00. 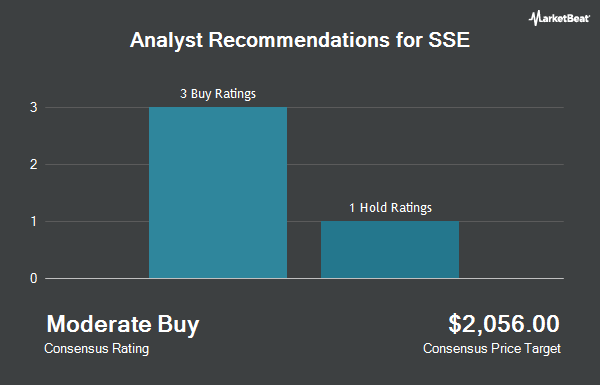