California Public Employees Retirement System reduced its stake in shares of Novavax, Inc. (NASDAQ:NVAX – Get Rating) by 9.5% in the second quarter, Holdings Channel reports. The firm owned 138,435 shares of the biopharmaceutical company’s stock after selling 14,563 shares during the period. California Public Employees Retirement System’s holdings in Novavax were worth $7,120,000 at the end of the most recent quarter.

Want More Great Investing Ideas?
Novavax (NASDAQ:NVAX – Get Rating) last posted its quarterly earnings data on Tuesday, November 8th. The biopharmaceutical company reported ($2.15) earnings per share (EPS) for the quarter, missing the consensus estimate of $2.21 by ($4.36). Novavax had a negative net margin of 71.59% and a negative return on equity of 572.54%. The company had revenue of $734.58 million for the quarter, compared to analyst estimates of $555.50 million. During the same quarter last year, the company earned ($4.31) EPS. The business’s revenue was up 310.7% compared to the same quarter last year. On average, research analysts anticipate that Novavax, Inc. will post -5.19 EPS for the current fiscal year.

Want to see what other hedge funds are holding NVAX? Visit HoldingsChannel.com to get the latest 13F filings and insider trades for Novavax, Inc. (NASDAQ:NVAX – Get Rating). 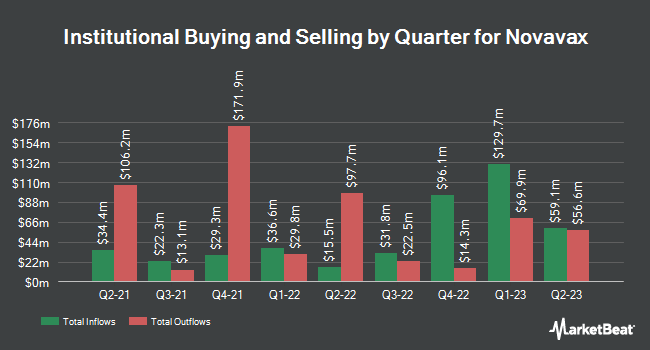