The business also recently announced a quarterly dividend, which will be paid on Friday, December 9th. Shareholders of record on Thursday, November 10th will be given a dividend of $0.20 per share. The ex-dividend date is Wednesday, November 9th. This represents a $0.80 annualized dividend and a dividend yield of 1.38%. Olin’s dividend payout ratio is currently 8.59%.

Institutional Investors Weigh In On Olin 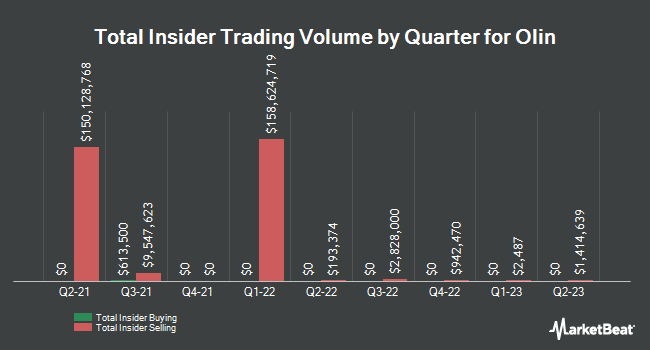