SM Energy (NYSE:SM – Get Rating) Director Julio M. Quintana sold 22,300 shares of the business’s stock in a transaction that occurred on Friday, October 21st. The shares were sold at an average price of $42.79, for a total value of $954,217.00. Following the completion of the sale, the director now owns 121,944 shares of the company’s stock, valued at approximately $5,217,983.76. The sale was disclosed in a legal filing with the Securities & Exchange Commission, which is accessible through the SEC website. 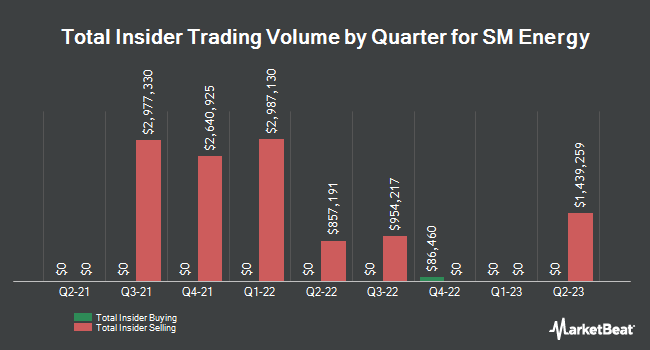