In other Activision Blizzard news, COO Daniel Alegre sold 10,000 shares of Activision Blizzard stock in a transaction on Friday, September 9th. The stock was sold at an average price of $78.16, for a total value of $781,600.00. Following the completion of the transaction, the chief operating officer now owns 176,690 shares in the company, valued at approximately $13,810,090.40. The sale was disclosed in a filing with the SEC, which is available at the SEC website. Corporate insiders own 1.10% of the company’s stock. 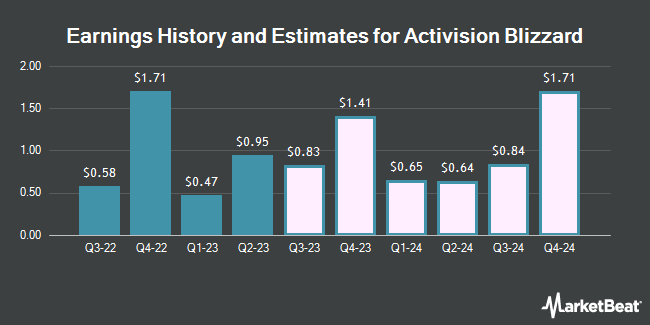