Bank of Montreal Can acquired a new stake in KE Holdings Inc. (NYSE:BEKE – Get Rating) during the 2nd quarter, according to its most recent filing with the Securities and Exchange Commission (SEC). The firm acquired 480,295 shares of the company’s stock, valued at approximately $9,284,000.

Several brokerages have recently issued reports on BEKE. Citigroup increased their price objective on KE from $22.50 to $23.80 in a research note on Wednesday, August 24th. Barclays increased their target price on KE from $26.00 to $27.00 and gave the company an “overweight” rating in a report on Friday, October 28th. One analyst has rated the stock with a hold rating and seven have issued a buy rating to the stock. Based on data from MarketBeat, the company has a consensus rating of “Moderate Buy” and an average price target of $21.44.

KE (NYSE:BEKE – Get Rating) last issued its quarterly earnings data on Tuesday, August 23rd. The company reported ($0.23) earnings per share (EPS) for the quarter, topping the consensus estimate of ($0.25) by $0.02. The company had revenue of $2.06 billion for the quarter, compared to analyst estimates of $1.78 billion. KE had a negative return on equity of 7.67% and a negative net margin of 8.26%. As a group, research analysts predict that KE Holdings Inc. will post -0.03 EPS for the current year.

Want to see what other hedge funds are holding BEKE? Visit HoldingsChannel.com to get the latest 13F filings and insider trades for KE Holdings Inc. (NYSE:BEKE – Get Rating). 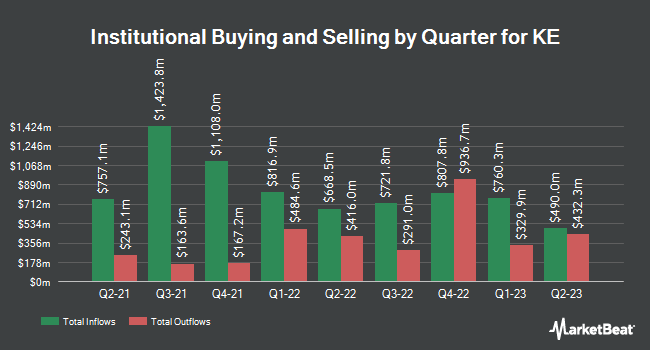 Experian plc Given Consensus Recommendation of “Hold” by Brokerages

BioCryst Pharmaceuticals, Inc. Given Average Rating of “Hold” by Analysts