BlackRock, Inc. (NYSE:BLK – Get Rating) CEO Laurence Fink sold 40,960 shares of the stock in a transaction on Tuesday, November 22nd. The shares were sold at an average price of $732.25, for a total value of $29,992,960.00. Following the completion of the sale, the chief executive officer now owns 508,211 shares of the company’s stock, valued at $372,137,504.75. The transaction was disclosed in a filing with the Securities & Exchange Commission, which can be accessed through the SEC website.

Want More Great Investing Ideas?
BlackRock (NYSE:BLK – Get Rating) last announced its quarterly earnings results on Thursday, October 13th. The asset manager reported $9.55 earnings per share (EPS) for the quarter, topping the consensus estimate of $7.73 by $1.82. The business had revenue of $4.31 billion for the quarter, compared to analyst estimates of $4.17 billion. BlackRock had a return on equity of 15.07% and a net margin of 29.84%. The company’s quarterly revenue was down 14.6% on a year-over-year basis. During the same quarter in the prior year, the company earned $10.95 earnings per share. Equities research analysts expect that BlackRock, Inc. will post 33.88 EPS for the current fiscal year.

The firm also recently declared a quarterly dividend, which will be paid on Friday, December 23rd. Investors of record on Wednesday, December 7th will be given a $4.88 dividend. This represents a $19.52 annualized dividend and a yield of 2.65%. The ex-dividend date of this dividend is Tuesday, December 6th. BlackRock’s payout ratio is currently 53.79%.

BLK has been the topic of several analyst reports. StockNews.com began coverage on BlackRock in a report on Wednesday, October 12th. They issued a “hold” rating on the stock. UBS Group lowered shares of BlackRock from a “buy” rating to a “neutral” rating and reduced their price objective for the company from $700.00 to $585.00 in a research note on Tuesday, October 11th. The Goldman Sachs Group lifted their target price on shares of BlackRock from $615.00 to $741.00 and gave the stock a “buy” rating in a research note on Wednesday. Credit Suisse Group assumed coverage on shares of BlackRock in a research report on Tuesday, October 18th. They set a “neutral” rating and a $540.00 price target on the stock. Finally, BMO Capital Markets lowered their price objective on BlackRock from $495.00 to $481.00 and set a “market perform” rating for the company in a research report on Friday, October 14th. Seven equities research analysts have rated the stock with a hold rating and seven have issued a buy rating to the company’s stock. According to MarketBeat, the company currently has a consensus rating of “Moderate Buy” and an average target price of $703.92. 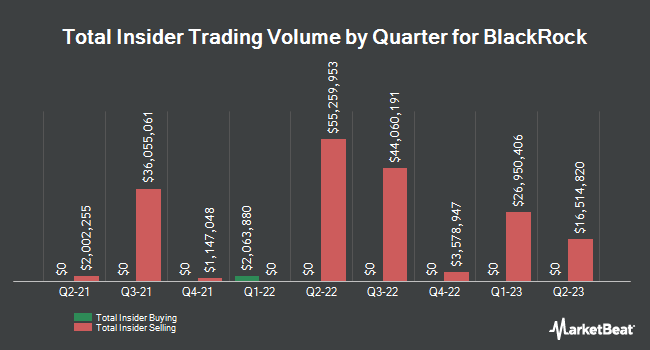 ObsEva SA Given Average Recommendation of “Hold” by Analysts

Complete the form below to receive the latest headlines and analysts' recommendations for BlackRock with our free daily email newsletter: