Deutsche Bank AG increased its holdings in shares of Patterson-UTI Energy, Inc. (NASDAQ:PTEN – Get Rating) by 182.3% in the 2nd quarter, HoldingsChannel reports. The firm owned 1,932,686 shares of the oil and gas company’s stock after acquiring an additional 1,248,006 shares during the period. Deutsche Bank AG’s holdings in Patterson-UTI Energy were worth $30,459,000 at the end of the most recent quarter.

Want More Great Investing Ideas?
The firm also recently declared a quarterly dividend, which will be paid on Thursday, December 15th. Investors of record on Thursday, December 1st will be issued a dividend of $0.08 per share. This is a positive change from Patterson-UTI Energy’s previous quarterly dividend of $0.04. This represents a $0.32 dividend on an annualized basis and a yield of 1.77%. The ex-dividend date is Wednesday, November 30th. Patterson-UTI Energy’s dividend payout ratio (DPR) is -11.19%.

In other Patterson-UTI Energy news, insider James Michael Holcomb sold 58,335 shares of the firm’s stock in a transaction on Friday, November 4th. The stock was sold at an average price of $18.65, for a total value of $1,087,947.75. Following the completion of the sale, the insider now directly owns 273,108 shares of the company’s stock, valued at $5,093,464.20. The transaction was disclosed in a document filed with the Securities & Exchange Commission, which is accessible through this link. 2.70% of the stock is currently owned by corporate insiders. 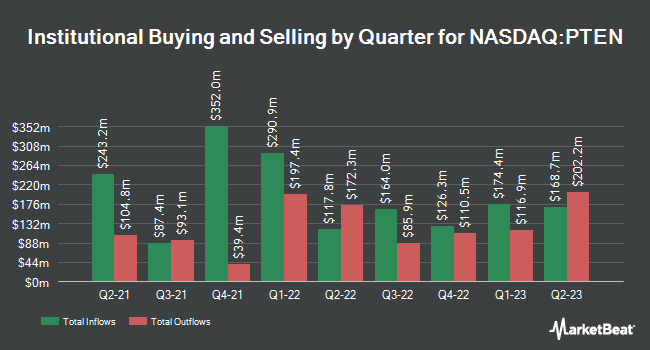