Shares of Ferguson plc (LON:FERG – Get Rating) have been assigned a consensus recommendation of “Moderate Buy” from the nine ratings firms that are covering the firm, Marketbeat reports. Three analysts have rated the stock with a hold recommendation and six have assigned a buy recommendation to the company. The average twelve-month target price among brokers that have covered the stock in the last year is £129.93 ($153.63).

Ferguson plc distributes plumbing and heating products in the United States and Canada. It offers plumbing and heating solutions to customers in the residential, commercial, civil/infrastructure, and industrial end markets. The company also provides expertise, solutions, and products, including infrastructure, plumbing, appliances, fire, fabrication, and others, as well as heating, ventilation, and air conditioning products under the Ferguson brand name. 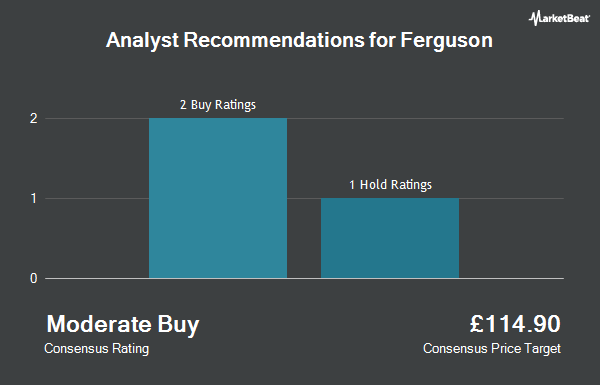