Hyliion Holdings Corp. (NYSE:HYLN – Get Rating) has been given a consensus rating of “Hold” by the six brokerages that are covering the company, MarketBeat.com reports. Two analysts have rated the stock with a sell rating, three have assigned a hold rating and one has issued a buy rating on the company. The average 1 year price objective among analysts that have issued ratings on the stock in the last year is $3.85.

Hedge Funds Weigh In On Hyliion

Hyliion Holdings Corp. designs, develops, and sells electrified powertrain solutions for the commercial vehicle industry. It also provides battery management systems for hybrid and fully electric vehicle applications; and battery packs. The company was founded in 2015 and is headquartered in Cedar Park, Texas. 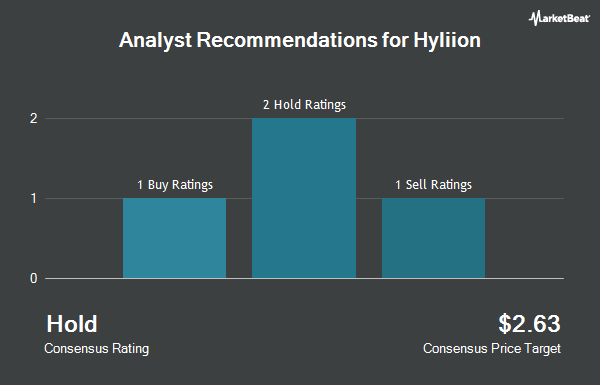 Receive News & Ratings for Hyliion Daily - Enter your email address below to receive a concise daily summary of the latest news and analysts' ratings for Hyliion and related companies with MarketBeat.com's FREE daily email newsletter.

Complete the form below to receive the latest headlines and analysts' recommendations for Hyliion with our free daily email newsletter: