Sportradar Group (NASDAQ:SRAD – Get Rating) had its price objective dropped by analysts at Deutsche Bank Aktiengesellschaft from $16.00 to $14.00 in a research report issued to clients and investors on Wednesday, The Fly reports. Deutsche Bank Aktiengesellschaft’s price objective would suggest a potential upside of 26.93% from the stock’s current price.

Sportradar Group AG, together with its subsidiaries, provides sports data services for the sports betting and media industries in the United Kingdom, the United States, Malta, Switzerland, and internationally. Its sports data services to the bookmaking under the Betradar brand name, and to the international media industry under the Sportradar Media Services brand name. 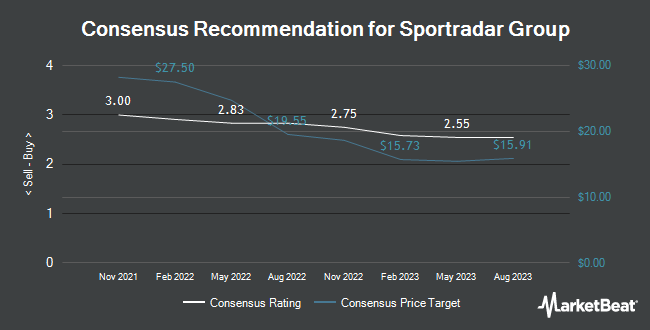 Complete the form below to receive the latest headlines and analysts' recommendations for Sportradar Group with our free daily email newsletter: