Kimberly-Clark (NYSE:KMB – Get Rating) last issued its quarterly earnings results on Tuesday, October 25th. The company reported $1.40 earnings per share (EPS) for the quarter, missing analysts’ consensus estimates of $1.48 by ($0.08). Kimberly-Clark had a return on equity of 250.21% and a net margin of 8.84%. The business had revenue of $5.05 billion for the quarter, compared to analysts’ expectations of $5.01 billion. During the same quarter last year, the company earned $1.62 earnings per share. The firm’s revenue for the quarter was up .9% on a year-over-year basis.

The business also recently declared a quarterly dividend, which was paid on Wednesday, January 4th. Stockholders of record on Friday, December 9th were paid a dividend of $1.16 per share. This represents a $4.64 annualized dividend and a dividend yield of 3.35%. The ex-dividend date was Thursday, December 8th. Kimberly-Clark’s dividend payout ratio (DPR) is presently 87.88%.

Institutional Investors Weigh In On Kimberly-Clark 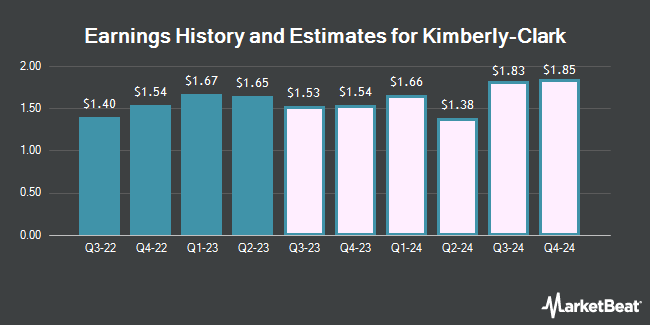