Versor Investments LP reduced its stake in shares of Brinker International, Inc. (NYSE:EAT – Get Rating) by 47.3% in the 3rd quarter, according to the company in its most recent disclosure with the Securities and Exchange Commission. The institutional investor owned 14,612 shares of the restaurant operator’s stock after selling 13,098 shares during the quarter. Versor Investments LP’s holdings in Brinker International were worth $365,000 at the end of the most recent reporting period.

Brinker International, Inc, together with its subsidiaries, engages in the ownership, development, operation, and franchising of casual dining restaurants under the under the Chili's Grill & Bar and Maggiano's Little Italy brand name in the United States and internationally. The company operates in two segments, Chili's and Maggiano's.

Want to see what other hedge funds are holding EAT? Visit HoldingsChannel.com to get the latest 13F filings and insider trades for Brinker International, Inc. (NYSE:EAT – Get Rating). 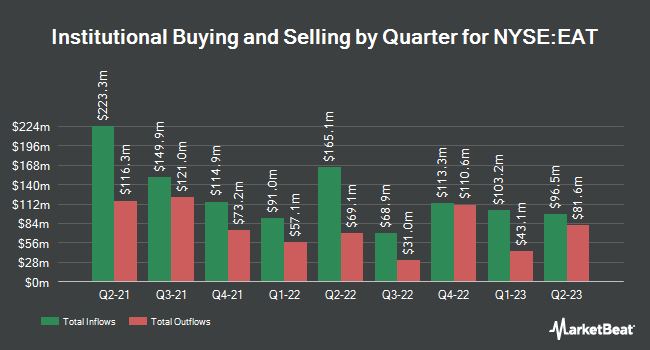