Piedmont Lithium Inc. (NASDAQ:PLL – Get Rating) CFO Michael D. White sold 297 shares of the stock in a transaction that occurred on Friday, January 6th. The shares were sold at an average price of $50.29, for a total transaction of $14,936.13. Following the completion of the transaction, the chief financial officer now directly owns 12,903 shares of the company’s stock, valued at $648,891.87. The sale was disclosed in a document filed with the SEC, which can be accessed through this hyperlink.

Piedmont Lithium Inc, an exploration stage company, engages in the exploration and development of resource projects in the United States. The company primarily holds a 100% interest in the Carolina Lithium Project that include an area of approximately 3,116 acres located within the Carolina Tin-Spodumene Belt situated to the west of Charlotte, North Carolina in the United States. 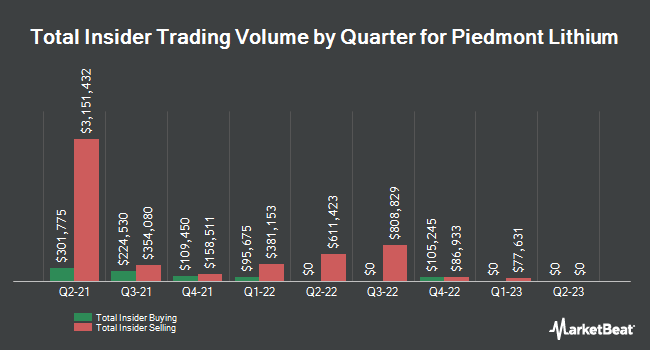 Complete the form below to receive the latest headlines and analysts' recommendations for Piedmont Lithium with our free daily email newsletter: