Louisiana State Employees Retirement System purchased a new stake in SelectQuote, Inc. (NYSE:SLQT – Get Rating) during the 3rd quarter, according to its most recent Form 13F filing with the SEC. The institutional investor purchased 58,900 shares of the company’s stock, valued at approximately $43,000.

Want More Great Investing Ideas?
SelectQuote (NYSE:SLQT – Get Rating) last posted its quarterly earnings results on Thursday, November 3rd. The company reported ($0.26) earnings per share (EPS) for the quarter. SelectQuote had a negative return on equity of 55.81% and a negative net margin of 37.65%. The firm had revenue of $162.48 million for the quarter.

Separately, Credit Suisse Group set a $1.00 target price on shares of SelectQuote in a report on Thursday, November 24th. Five analysts have rated the stock with a hold rating, According to MarketBeat, the stock has a consensus rating of “Hold” and an average target price of $2.50.

Want to see what other hedge funds are holding SLQT? Visit HoldingsChannel.com to get the latest 13F filings and insider trades for SelectQuote, Inc. (NYSE:SLQT – Get Rating). 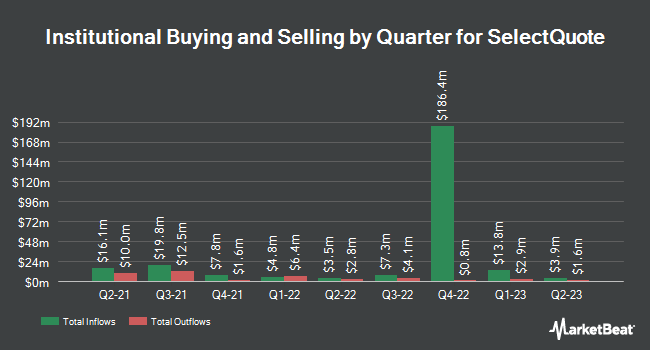 Complete the form below to receive the latest headlines and analysts' recommendations for SelectQuote with our free daily email newsletter: