Strs Ohio lifted its holdings in shares of Coca-Cola Consolidated, Inc. (NASDAQ:COKE – Get Rating) by 9.1% during the 3rd quarter, Holdings Channel.com reports. The firm owned 2,400 shares of the company’s stock after buying an additional 200 shares during the quarter. Strs Ohio’s holdings in Coca-Cola Consolidated were worth $988,000 at the end of the most recent quarter.

Separately, StockNews.com started coverage on Coca-Cola Consolidated in a research note on Wednesday, October 12th. They issued a “strong-buy” rating for the company.

The firm also recently disclosed a quarterly dividend, which will be paid on Friday, February 10th. Investors of record on Friday, January 27th will be paid a dividend of $3.50 per share. This represents a $14.00 annualized dividend and a yield of 2.83%. The ex-dividend date is Thursday, January 26th. This is a boost from Coca-Cola Consolidated’s previous quarterly dividend of $0.25. Coca-Cola Consolidated’s dividend payout ratio is currently 2.84%.

Coca-Cola Consolidated, Inc engages in the production, marketing, and distribution of nonalcoholic beverages. Its products include sparkling and still beverages as well as energy products and noncarbonated beverages such as bottled water, tea, ready to drink coffee, enhanced water, juices, and sports drinks. 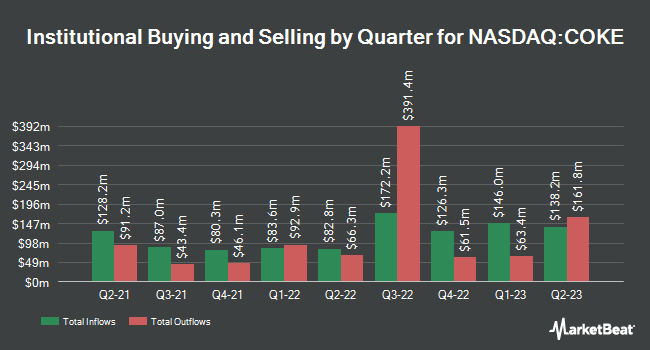 Burberry Group plc Given Average Recommendation of “Hold” by Brokerages

Matterport, Inc. Given Average Recommendation of “Hold” by Brokerages