Assenagon Asset Management S.A. lessened its position in Seneca Foods Co. (NASDAQ:SENEA – Get Rating) by 10.3% in the 3rd quarter, according to its most recent 13F filing with the Securities and Exchange Commission. The fund owned 14,543 shares of the company’s stock after selling 1,674 shares during the quarter. Assenagon Asset Management S.A. owned 0.18% of Seneca Foods worth $734,000 at the end of the most recent reporting period.

Want More Great Investing Ideas?
Seneca Foods (NASDAQ:SENEA – Get Rating) last issued its earnings results on Wednesday, November 9th. The company reported $4.84 earnings per share (EPS) for the quarter. The company had revenue of $439.84 million during the quarter. Seneca Foods had a return on equity of 14.39% and a net margin of 3.13%.

Separately, StockNews.com assumed coverage on shares of Seneca Foods in a report on Wednesday, October 12th. They set a “hold” rating for the company. 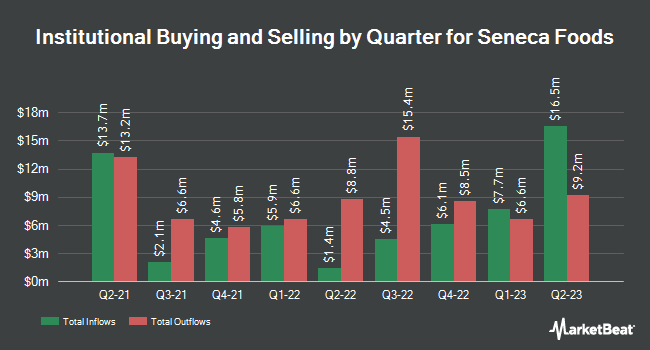