Want More Great Investing Ideas?
Trinity Capital (NASDAQ:TRIN – Get Rating) last issued its earnings results on Thursday, November 3rd. The company reported $0.53 earnings per share for the quarter, beating analysts’ consensus estimates of $0.52 by $0.01. The company had revenue of $38.69 million for the quarter, compared to the consensus estimate of $36.39 million. Trinity Capital had a return on equity of 13.37% and a net margin of 20.63%. Equities research analysts expect that Trinity Capital will post 2.12 EPS for the current fiscal year.

Trinity Capital Inc is a business development company. It is a venture capital firm specializing in venture debt to growth stage companies looking for loans and/or equipment financing. Trinity Capital Inc was founded in 2019 is based in Phoenix, Arizona with additional offices in Lutherville-Timonium, Maryland, San Diego, California and Austin, Texas. 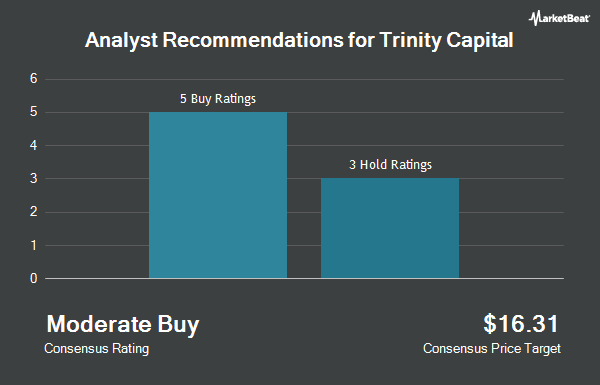 Complete the form below to receive the latest headlines and analysts' recommendations for Trinity Capital with our free daily email newsletter: