Phoenix Group Holdings plc (OTCMKTS:PNXGF – Get Rating) has received a consensus rating of “Moderate Buy” from the nine ratings firms that are covering the firm, MarketBeat Ratings reports. One research analyst has rated the stock with a sell recommendation and four have issued a buy recommendation on the company. The average 1-year price target among brokerages that have issued a report on the stock in the last year is $722.50.

Phoenix Group Holdings Plc operates as a life and pensions consolidator. The firm specializes in the acquisition and management of closed life insurance and pension funds. It operates through the following segments: UK Heritage, UK Open, Europe, Management Services, and Unallocated Group. The UK Heritage contains United Kingdom businesses which no longer actively sell products to policyholders and which therefore run-off gradually over time. 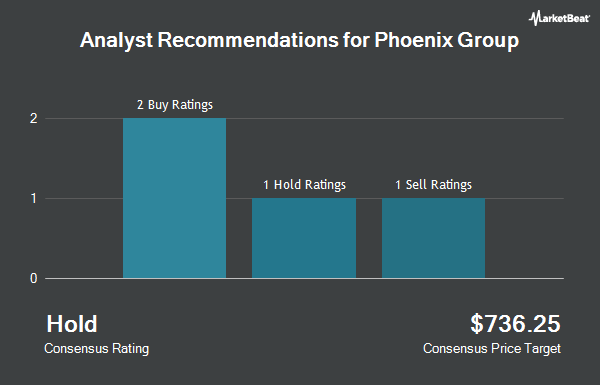 Complete the form below to receive the latest headlines and analysts' recommendations for Phoenix Group with our free daily email newsletter: