Integral Ad Science (NASDAQ:IAS – Get Rating) had its price target upped by analysts at Morgan Stanley from $12.00 to $13.00 in a research note issued on Wednesday, Benzinga reports. The brokerage currently has an “overweight” rating on the stock. Morgan Stanley’s price objective would indicate a potential upside of 36.99% from the stock’s previous close.

Want More Great Investing Ideas?
In related news, CAO Anil Sukumaran sold 3,956 shares of the company’s stock in a transaction on Friday, December 16th. The shares were sold at an average price of $8.96, for a total transaction of $35,445.76. Following the completion of the transaction, the chief accounting officer now owns 55,055 shares in the company, valued at $493,292.80. The sale was disclosed in a document filed with the SEC, which is available through this hyperlink. Over the last quarter, insiders sold 8,732 shares of company stock worth $79,331. 1.00% of the stock is owned by insiders. 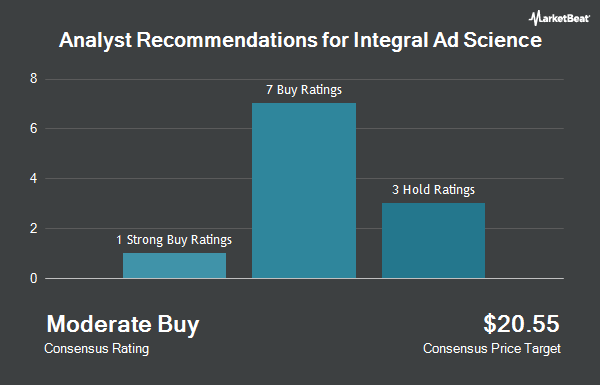