CS Disco (NYSE:LAW – Get Rating) last announced its earnings results on Thursday, November 10th. The company reported ($0.33) earnings per share for the quarter, beating the consensus estimate of ($0.37) by $0.04. CS Disco had a negative return on equity of 23.58% and a negative net margin of 44.84%. The company had revenue of $34.48 million for the quarter, compared to the consensus estimate of $33.04 million. As a group, equities analysts predict that CS Disco, Inc. will post -1.26 earnings per share for the current fiscal year.

Want to see what other hedge funds are holding LAW? Visit HoldingsChannel.com to get the latest 13F filings and insider trades for CS Disco, Inc. (NYSE:LAW – Get Rating). 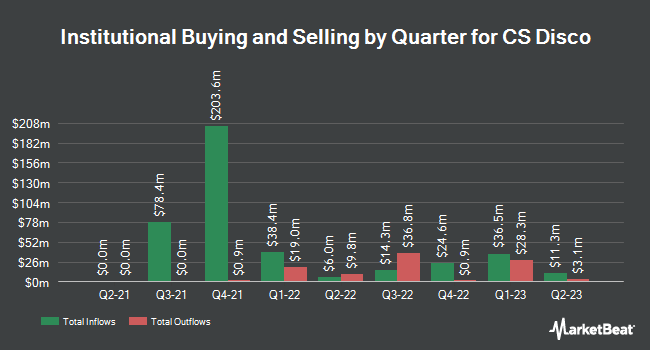 Haleon Price Target Increased to GBX 364 by Analysts at Barclays