Comerica Bank lowered its position in German American Bancorp, Inc. (NASDAQ:GABC – Get Rating) by 3.9% during the third quarter, according to the company in its most recent disclosure with the Securities & Exchange Commission. The fund owned 50,420 shares of the bank’s stock after selling 2,040 shares during the period. Comerica Bank’s holdings in German American Bancorp were worth $1,915,000 as of its most recent filing with the Securities & Exchange Commission.

The company also recently disclosed a quarterly dividend, which was paid on Sunday, November 20th. Investors of record on Thursday, November 10th were paid a $0.23 dividend. This represents a $0.92 annualized dividend and a yield of 2.44%. The ex-dividend date of this dividend was Wednesday, November 9th. German American Bancorp’s dividend payout ratio is currently 34.33%.

Separately, StockNews.com started coverage on German American Bancorp in a research note on Wednesday, October 12th. They issued a “hold” rating on the stock.

Want to see what other hedge funds are holding GABC? Visit HoldingsChannel.com to get the latest 13F filings and insider trades for German American Bancorp, Inc. (NASDAQ:GABC – Get Rating). 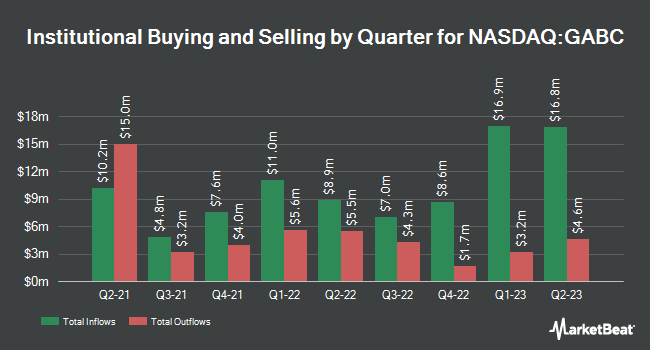 Complete the form below to receive the latest headlines and analysts' recommendations for German American Bancorp with our free daily email newsletter: