Ferguson plc (NASDAQ:FERG) Given Consensus Recommendation of “Hold” by Analysts

Ferguson plc distributes plumbing and heating products in the United States and Canada. It offers plumbing and heating solutions to customers in the residential, commercial, civil/infrastructure, and industrial end markets. The company also provides expertise, solutions, and products, including infrastructure, plumbing, appliances, fire, fabrication, and others, as well as heating, ventilation, and air conditioning products under the Ferguson brand name. 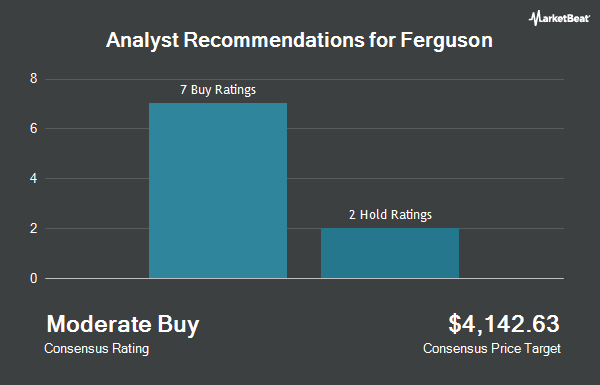