Axonics, Inc. (NASDAQ:AXNX – Get Rating) EVP John Woock sold 30,215 shares of Axonics stock in a transaction that occurred on Tuesday, January 17th. The stock was sold at an average price of $67.34, for a total value of $2,034,678.10. Following the completion of the transaction, the executive vice president now owns 45,976 shares of the company’s stock, valued at approximately $3,096,023.84. The sale was disclosed in a legal filing with the SEC, which is accessible through the SEC website.

Axonics (NASDAQ:AXNX – Get Rating) last released its quarterly earnings results on Monday, October 31st. The company reported ($0.34) EPS for the quarter, topping the consensus estimate of ($0.47) by $0.13. The firm had revenue of $70.38 million during the quarter, compared to analyst estimates of $62.98 million. Axonics had a negative return on equity of 15.63% and a negative net margin of 31.35%. The business’s revenue for the quarter was up 50.0% compared to the same quarter last year. During the same period in the previous year, the company posted ($0.38) EPS. On average, equities research analysts forecast that Axonics, Inc. will post -1.59 EPS for the current year.

Axonics, Inc is a medical device company, which engages in developing and commercializing of novel implantable sacral neuromodulation (SNM) devices to treat patients with bladder and bowel dysfunction. Its product Bulkamid, which is a urethral bulking agent used to treat stress urinary incontinence in women. 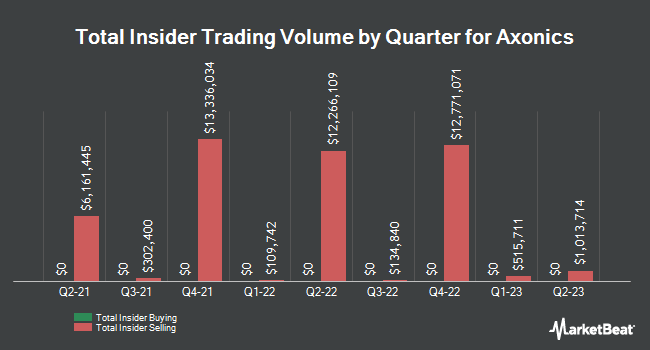