Ionis Pharmaceuticals, Inc. (NASDAQ:IONS – Get Rating) CEO Brett P. Monia sold 25,066 shares of the firm’s stock in a transaction on Wednesday, January 18th. The stock was sold at an average price of $39.49, for a total value of $989,856.34. Following the completion of the sale, the chief executive officer now owns 120,863 shares of the company’s stock, valued at $4,772,879.87. The sale was disclosed in a document filed with the Securities & Exchange Commission, which can be accessed through this hyperlink.

Ionis Pharmaceuticals, Inc engages in the development and commercialization of human therapeutic drugs using antisense technology. It operates through the Ionis Core and Akcea Therapeutics segments. The Ionis Core segment exploits a novel drug discovery platform to generate a pipeline of drugs. The Akcea Therapeutics segment develops and commercializes drugs for cardiometabolic diseases. 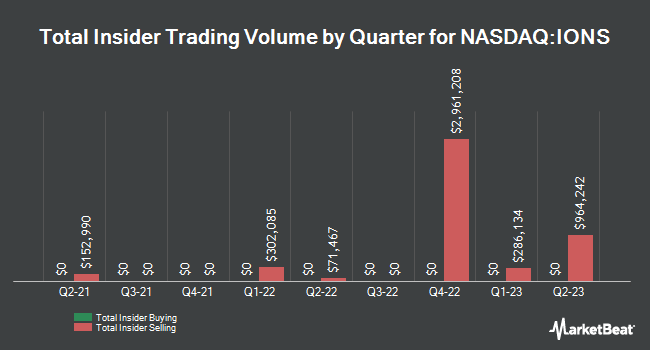