Strs Ohio boosted its position in shares of Amplitude, Inc. (NASDAQ:AMPL – Get Rating) by 265.7% in the third quarter, Holdings Channel.com reports. The firm owned 12,800 shares of the company’s stock after purchasing an additional 9,300 shares during the period. Strs Ohio’s holdings in Amplitude were worth $198,000 as of its most recent SEC filing.

Amplitude (NASDAQ:AMPL – Get Rating) last posted its earnings results on Wednesday, November 2nd. The company reported ($0.20) earnings per share for the quarter, topping the consensus estimate of ($0.21) by $0.01. The firm had revenue of $61.61 million for the quarter, compared to analyst estimates of $60.19 million. Amplitude had a negative return on equity of 25.09% and a negative net margin of 41.05%. The company’s revenue for the quarter was up 35.5% on a year-over-year basis. During the same period in the previous year, the company posted ($0.51) earnings per share. Sell-side analysts expect that Amplitude, Inc. will post -0.81 EPS for the current fiscal year.

Amplitude, Inc provides a digital optimization system to analyze customer behavior within digital products in the United States and internationally. It offers Amplitude analytics for insights of customer behavior; Amplitude Recommend, a no-code personalization solution that helps to increase customer engagement by adapting digital products and campaigns to every user based on behavior; Amplitude Experiment, an integrated solution that enables teams to determine and deliver the product experiences for their customers through A/B tests and controlled feature releases; Amplitude Behavioral Graph, a proprietary database for deep, real-time interactive behavioral analysis, and behavior-driven personalization – instantly joining, analyzing, and correlating any customer actions to outcomes, such as engagement, growth, and loyalty; and data management, a real-time data layer for planning, integrating, and managing data sources to create a foundation with identity resolution, enterprise-level security, and privacy solutions.

Want to see what other hedge funds are holding AMPL? Visit HoldingsChannel.com to get the latest 13F filings and insider trades for Amplitude, Inc. (NASDAQ:AMPL – Get Rating). 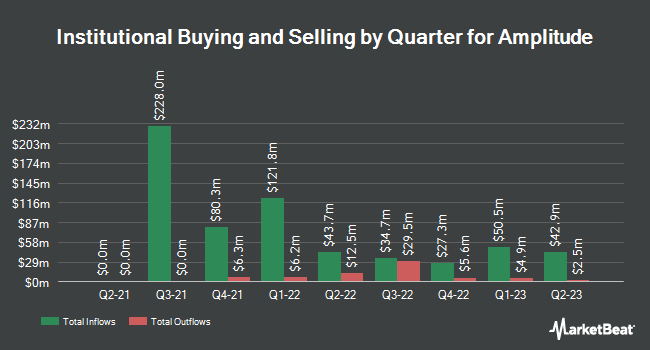 Complete the form below to receive the latest headlines and analysts' recommendations for Amplitude with our free daily email newsletter: