Raymond James & Associates trimmed its position in shares of BlackRock Income Trust, Inc. (NYSE:BKT – Get Rating) by 4.8% during the third quarter, according to its most recent Form 13F filing with the Securities & Exchange Commission. The institutional investor owned 630,622 shares of the company’s stock after selling 31,705 shares during the period. Raymond James & Associates’ holdings in BlackRock Income Trust were worth $2,611,000 as of its most recent SEC filing.

Want More Great Investing Ideas?
The company also recently disclosed a monthly dividend, which will be paid on Tuesday, January 31st. Shareholders of record on Friday, January 13th will be issued a dividend of $0.0882 per share. This represents a $1.06 annualized dividend and a dividend yield of 8.12%. The ex-dividend date is Thursday, January 12th.

Want to see what other hedge funds are holding BKT? Visit HoldingsChannel.com to get the latest 13F filings and insider trades for BlackRock Income Trust, Inc. (NYSE:BKT – Get Rating). 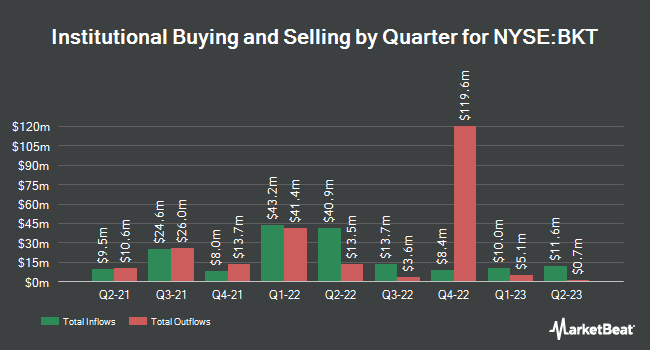 US Bancorp DE Has $34,000 Stake in Sportsman’s Warehouse Holdings, Inc.

Complete the form below to receive the latest headlines and analysts' recommendations for BlackRock Income Trust with our free daily email newsletter: