Comerica Bank purchased a new stake in shares of Freshpet, Inc. (NASDAQ:FRPT – Get Rating) during the 3rd quarter, HoldingsChannel.com reports. The institutional investor purchased 29,574 shares of the company’s stock, valued at approximately $1,632,000.

Want More Great Investing Ideas?
Freshpet (NASDAQ:FRPT – Get Rating) last released its earnings results on Tuesday, November 1st. The company reported ($0.39) EPS for the quarter, missing the consensus estimate of ($0.23) by ($0.16). The firm had revenue of $151.33 million during the quarter, compared to analyst estimates of $147.82 million. Freshpet had a negative net margin of 12.07% and a negative return on equity of 7.55%. As a group, research analysts predict that Freshpet, Inc. will post -1.31 EPS for the current fiscal year. 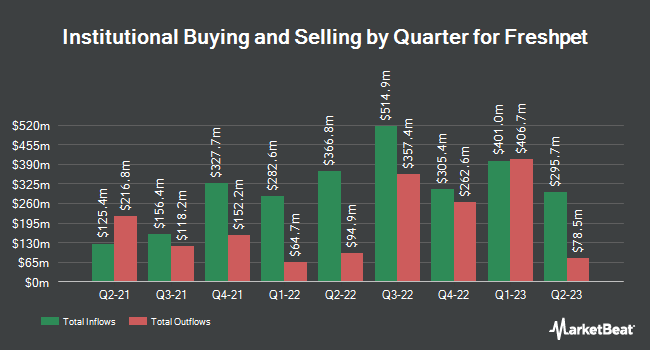