The firm also recently declared a semi-annual dividend, which was paid on Wednesday, January 11th. Shareholders of record on Friday, November 25th were issued a $2.0929 dividend. This represents a dividend yield of 7.1%. The ex-dividend date was Wednesday, November 23rd. This is an increase from National Grid’s previous semi-annual dividend of $1.16.

Want to see what other hedge funds are holding NGG? Visit HoldingsChannel.com to get the latest 13F filings and insider trades for National Grid plc (NYSE:NGG – Get Rating). 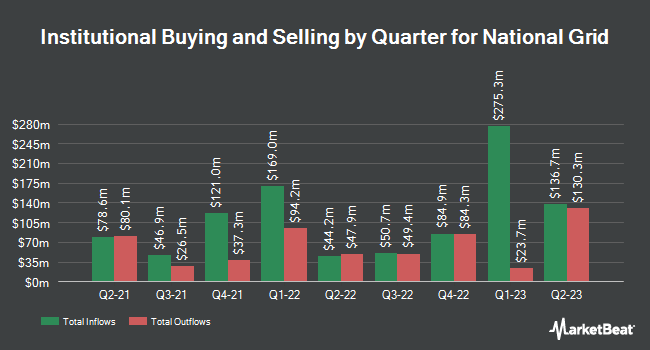 Complete the form below to receive the latest headlines and analysts' recommendations for National Grid with our free daily email newsletter: