TransMedics Group, Inc. (NASDAQ:TMDX – Get Rating) insider Tamer I. Khayal sold 5,558 shares of the firm’s stock in a transaction on Friday, January 20th. The stock was sold at an average price of $65.21, for a total value of $362,437.18. Following the transaction, the insider now owns 1,300 shares in the company, valued at $84,773. The transaction was disclosed in a document filed with the SEC, which can be accessed through the SEC website.

TransMedics Group (NASDAQ:TMDX – Get Rating) last announced its earnings results on Thursday, November 3rd. The company reported ($0.25) earnings per share for the quarter, topping the consensus estimate of ($0.40) by $0.15. TransMedics Group had a negative return on equity of 46.03% and a negative net margin of 58.78%. The firm had revenue of $25.68 million for the quarter, compared to the consensus estimate of $18.96 million. On average, research analysts expect that TransMedics Group, Inc. will post -1.3 earnings per share for the current fiscal year.

TransMedics Group, Inc operates as a commercial stage medical technology company. The firm engages in the development and commercialization of organ care system platform. It focuses on the preservation of human organs for transplant in a near-physiologic condition to address the limitations of cold storage organ preservation. 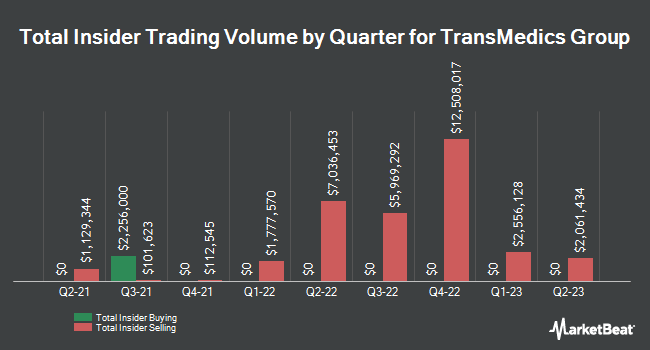