US Bancorp DE decreased its stake in Maravai LifeSciences Holdings, Inc. (NASDAQ:MRVI – Get Rating) by 59.4% during the 3rd quarter, according to the company in its most recent disclosure with the SEC. The firm owned 21,402 shares of the company’s stock after selling 31,254 shares during the period. US Bancorp DE’s holdings in Maravai LifeSciences were worth $547,000 as of its most recent filing with the SEC.

Maravai LifeSciences Holdings, Inc, a life sciences company, provides products to enable the development of drug therapies, diagnostics, novel vaccines, and support research on human diseases in the United States and internationally. The company's products address the key phases of biopharmaceutical development and include nucleic acids for diagnostic and therapeutic applications, antibody-based products to detect impurities during the production of biopharmaceutical products, and products to detect the expression of proteins in tissues of various species.

Want to see what other hedge funds are holding MRVI? Visit HoldingsChannel.com to get the latest 13F filings and insider trades for Maravai LifeSciences Holdings, Inc. (NASDAQ:MRVI – Get Rating). 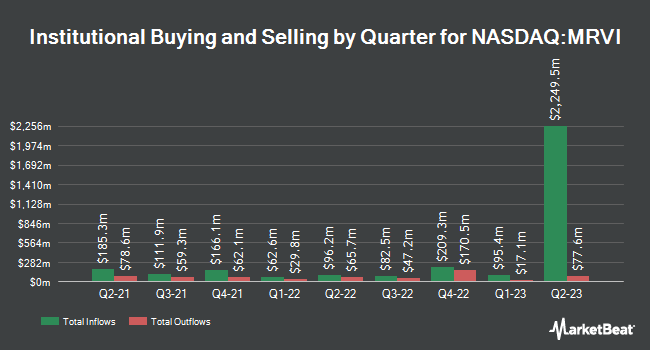 Complete the form below to receive the latest headlines and analysts' recommendations for Maravai LifeSciences with our free daily email newsletter: