Shares of CS Disco, Inc. (NYSE:LAW – Get Rating) have been assigned a consensus recommendation of “Hold” from the thirteen analysts that are presently covering the stock, Marketbeat.com reports. One investment analyst has rated the stock with a sell rating, five have given a hold rating and five have assigned a buy rating to the company. The average 1-year price objective among analysts that have issued ratings on the stock in the last year is $16.27.

Want More Great Investing Ideas?
CS Disco (NYSE:LAW – Get Rating) last announced its earnings results on Thursday, November 10th. The company reported ($0.33) earnings per share for the quarter, beating analysts’ consensus estimates of ($0.37) by $0.04. The business had revenue of $34.48 million during the quarter, compared to analyst estimates of $33.04 million. CS Disco had a negative net margin of 44.84% and a negative return on equity of 23.58%. As a group, equities analysts expect that CS Disco will post -1.26 earnings per share for the current fiscal year. 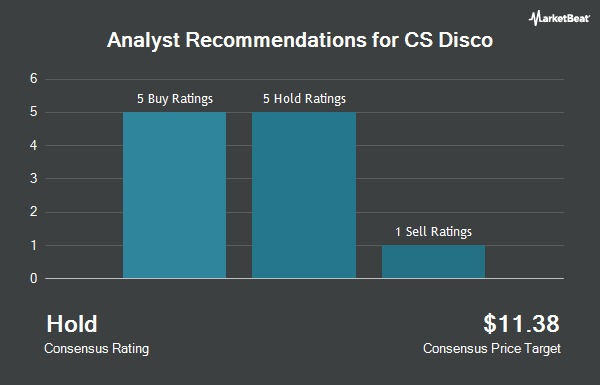