A number of equities analysts have issued reports on GOGL shares. Jefferies Financial Group cut shares of Golden Ocean Group from a “buy” rating to a “hold” rating and cut their target price for the stock from $14.00 to $10.00 in a report on Monday, September 26th. StockNews.com began coverage on Golden Ocean Group in a report on Wednesday, October 12th. They set a “hold” rating on the stock.

The company also recently announced a quarterly dividend, which was paid on Monday, December 5th. Investors of record on Monday, November 28th were issued a dividend of $0.35 per share. The ex-dividend date was Friday, November 25th. This represents a $1.40 annualized dividend and a yield of 14.85%. Golden Ocean Group’s payout ratio is 47.30%.

Want to see what other hedge funds are holding GOGL? Visit HoldingsChannel.com to get the latest 13F filings and insider trades for Golden Ocean Group Limited (NASDAQ:GOGL – Get Rating). 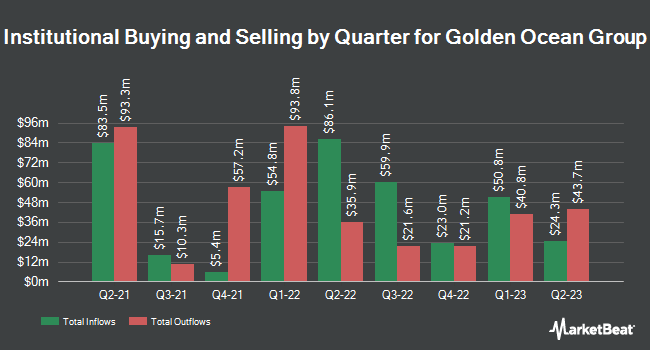 Complete the form below to receive the latest headlines and analysts' recommendations for Golden Ocean Group with our free daily email newsletter: