Mitsubishi UFJ Kokusai Asset Management Co. Ltd. lessened its holdings in American Superconductor Co. (NASDAQ:AMSC – Get Rating) by 19.6% in the 3rd quarter, according to its most recent filing with the SEC. The firm owned 67,326 shares of the technology company’s stock after selling 16,372 shares during the period. Mitsubishi UFJ Kokusai Asset Management Co. Ltd.’s holdings in American Superconductor were worth $295,000 at the end of the most recent quarter.

A number of research analysts have issued reports on the stock. EF Hutton Acquisition Co. I decreased their price target on shares of American Superconductor from $15.00 to $12.00 and set a “buy” rating for the company in a report on Thursday, November 3rd. StockNews.com raised shares of American Superconductor from a “sell” rating to a “hold” rating in a report on Wednesday, November 30th.

In other news, CEO Daniel P. Mcgahn purchased 25,000 shares of the company’s stock in a transaction that occurred on Friday, December 16th. The shares were bought at an average price of $3.49 per share, for a total transaction of $87,250.00. Following the completion of the transaction, the chief executive officer now owns 943,223 shares in the company, valued at $3,291,848.27. The purchase was disclosed in a legal filing with the Securities & Exchange Commission, which is accessible through the SEC website. Company insiders own 3.50% of the company’s stock.

Want to see what other hedge funds are holding AMSC? Visit HoldingsChannel.com to get the latest 13F filings and insider trades for American Superconductor Co. (NASDAQ:AMSC – Get Rating). 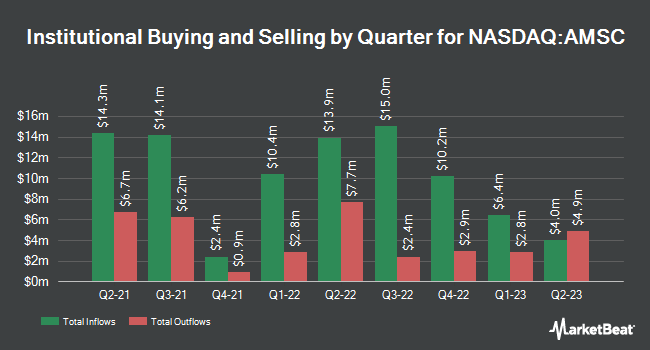 Complete the form below to receive the latest headlines and analysts' recommendations for American Superconductor with our free daily email newsletter: