Want More Great Investing Ideas?
In related news, Director Richard R. Green sold 3,270 shares of Liberty Broadband stock in a transaction that occurred on Wednesday, November 23rd. The stock was sold at an average price of $90.79, for a total transaction of $296,883.30. Following the sale, the director now owns 8,814 shares of the company’s stock, valued at approximately $800,223.06. The sale was disclosed in a filing with the Securities & Exchange Commission, which can be accessed through the SEC website. 17.62% of the stock is owned by corporate insiders.

Liberty Broadband Corp. operates as a holding company, which engages in the cable, broadband and mobile location technology businesses. It operates through its subsidiaries, Charter Communications, Inc and TruePosition, Inc The company was founded on March 28, 1991, and is headquartered in Englewood, CO.

Want to see what other hedge funds are holding LBRDA? Visit HoldingsChannel.com to get the latest 13F filings and insider trades for Liberty Broadband Co. (NASDAQ:LBRDA – Get Rating). 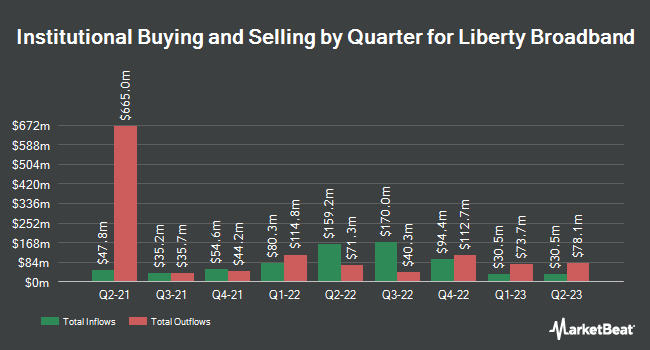 Complete the form below to receive the latest headlines and analysts' recommendations for Liberty Broadband with our free daily email newsletter: